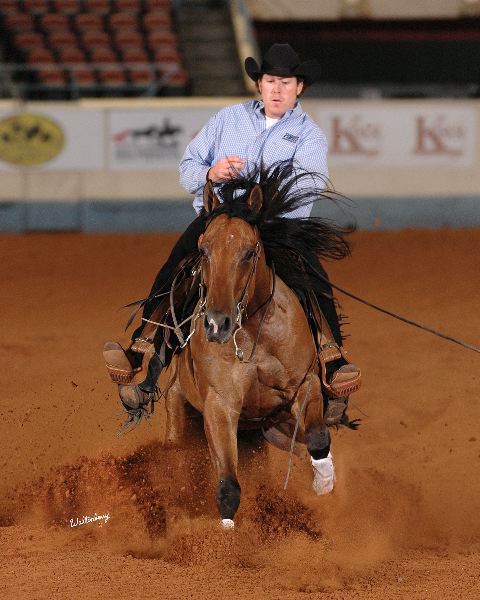 Smart Dundee Makes the Open Finals At the 2010 NRHA Futurity

The 2010 NRHA Futurity proved to be the perfect end to this storybook year for Brandon Brant. Smart Dundee, also known an “Mick” to his local fans, most definitely made his mark in Oklahoma. Brandon knew Mick was a nice horse after he won The 2010 All American Quarter Horse Congress level 2 open futurity and qualified for the level 3 & 4 open finals. It was when Mick walked into the show pen one month later in Oklahoma that he really proved himself, making Brandon understand the true talent Mick brings to the table. The first go was a clean run with a score of 215.5. Brandon knew this was not enough and the second run would have to be huge in order to make the open finals. Brandon asked Mick to step it up and give it his all. He responded with enthusiasm and  delivered a score of 224.5! That run sealed the deal for the pair to make the open finals – allowing Brandon to accomplish one of his ultimate career goals. The duo, once again, entered the show pen the night of the finals and were flawless with a score of 218. “Mick is a show horse and loves his job. He has a big heart and is a blast to show”, says Brandon. Brandon, his wife Cathy, and Mick left Oklahoma City with the titles of:  level 1 Reserve Champion, 3rd in the level 2, 5th in level 3, and 14th in the level... END_OF_DOCUMENT_TOKEN_TO_BE_REPLACED 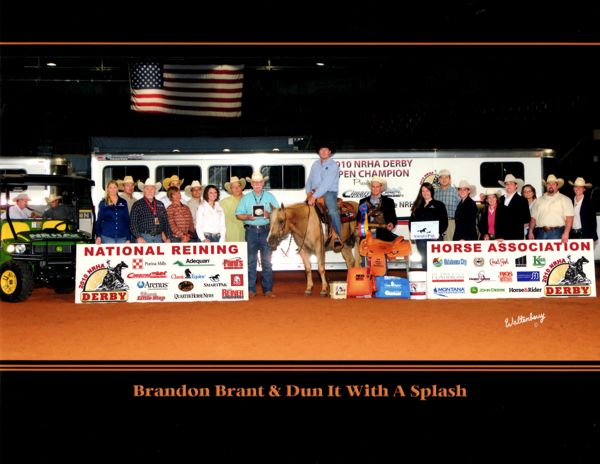 Dun It With A Splash (Reminic N Dunit x BB Holly Doll x Star Chex Badger), ridden by Brandon Brant for Joe Wolfe, Catlettsburg, Ky., scored a 226 to place second in the Level 3. However, they earned the winner’s paycheck in the $15,000-added Level 2 Limited Open and $5,000-added Level 1 earning $10,047, $4,479 and $2,085 respectively. This 2005 stallion has been a very consistent winner for Brant. The young trainer knew he was riding a very reliable contender. “I just saddled him up seven horses before I ran, warmed him up and showed him,” he said. And that was a game plan that earned $17,611! Read... END_OF_DOCUMENT_TOKEN_TO_BE_REPLACED 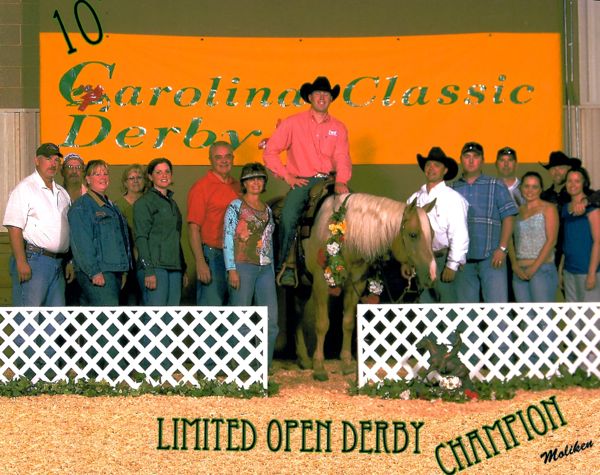 Brandon Brandt rode to the top of the $5,000-added level 2 limited open division aboard Joe Wolfe’s Dun It With A Splash. As he has done several times this year, Brandt also claimed the reserve championship. This time it was aboard Bob Rosenfeld’s Peeko De Oro, an NRHA Sire & Dam offspring. Read... END_OF_DOCUMENT_TOKEN_TO_BE_REPLACED 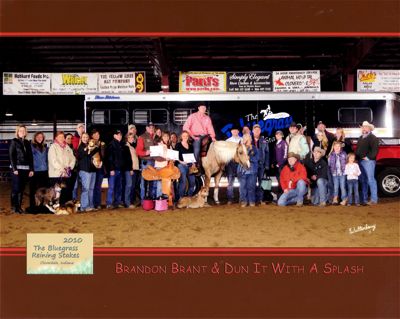 With a score of 228, Dun It With A Splash (Reminic N Dunit x BB Holly Doll x Star Chex Badger), ridden by Brandon Brant for Joe Wolfe, Catlettsburg, Ky., was the Open Reserve Champion in both derbies. Brant is eligible for all the Open divisions and as such, took Dun It With A Splash to the winner’s circle in the Intermediate Open, Limited Open and Level 1 Open divisions of both derbies. To make matters even more lucrative for the 27-year-old trainer from Columbus, Ohio, Brant was second in those divisions in both derbies on Rootin Tootin Dunit (Gallo Del Cielo x This Is How Its Dun x Hollywood Dun It), owned by the Wolf Stern Partnership, Horse Cove, Ky. Add in their third-place Open division money in each derby and Brant added better than $26,500 to his lifetime earnings. Brant and Rootin Tootin Dunit did share the Intermediate Open Reserve Championship in both derbies with Starlights Sugarwhiz, ridden by Casey Deary for George Lawrence, Fort Worth, for $3,379. Both horses scored a 227. Read... END_OF_DOCUMENT_TOKEN_TO_BE_REPLACED 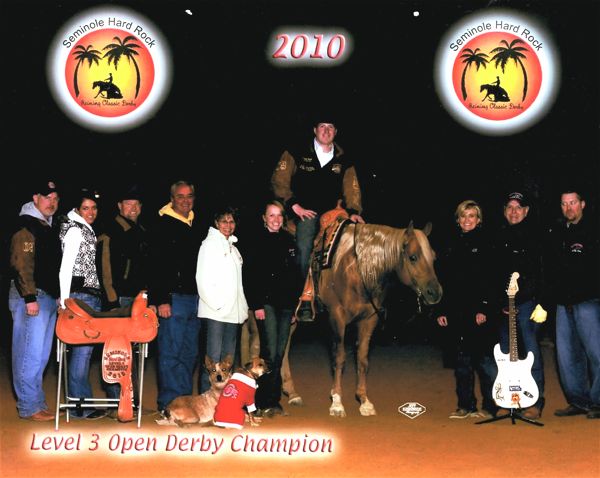 Young and upcoming trainer, Brandon Brant of Roseland Farms in Columbus, Ohio took home top honors aboard two different horses in three divisions – earning over $9600 (not to mention three HRRC guitars.) His top score of the night was on Dunnit With A Splash. The duo scored a 224 to win the level 2 limited and level 1 open championships. He also rode Peeko De Oro to a 223.5 – good enough to win the level 3 intermediate open division and earn second in level 2 limited and level 1 open divisions. Read... END_OF_DOCUMENT_TOKEN_TO_BE_REPLACED 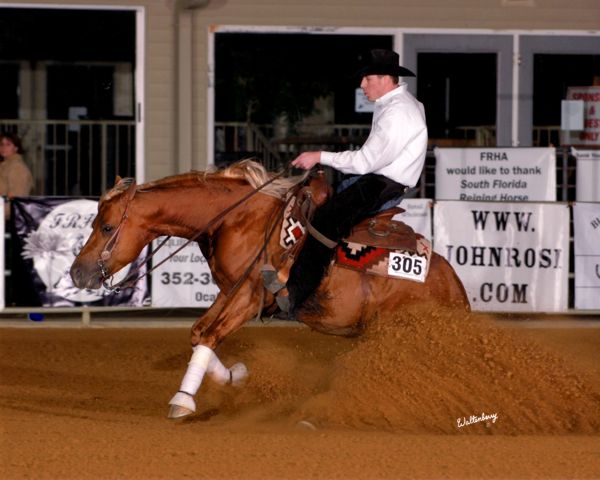